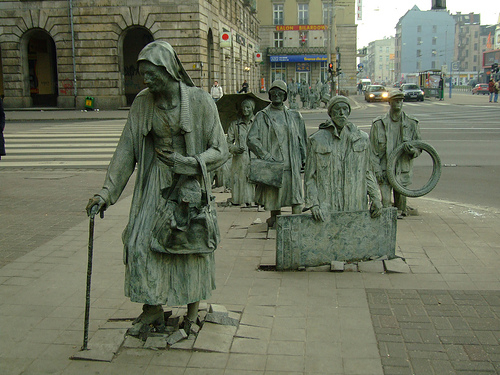 Group of 14 statues descending into the earth in the city of Wroclaw.

It commemorates the introduction of martial law and in particular the many people who disappeared in the middle of the night on 13 december 1981. Especially poignant is a mother with a pram and a man only visible from the waist.

The official name of the statue is 'Transition'. It was designed by Jerzy Kalina and erected in December 2005.