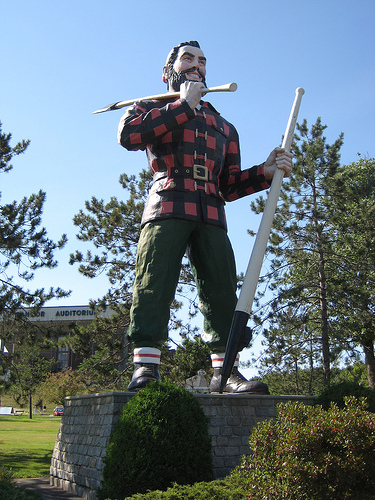 Paul Bunyan is a mythological lumberjack who appears in tall tales of American folklore. He is usually believed to be a giant as well as a lumberjack of unusual skill.

The statue was donated to Bangor in 1959, on Bangor's 125th anniversary, by New York-based builders Messmoor & Damon. It was designed by local artist J. Norman Martin, who was reportedly paid $137 for his efforts.

Mainester Stephen King bestowed brief pop culture celebrity on the statue, when he brought it to life in the 1986 novel, 'IT'.