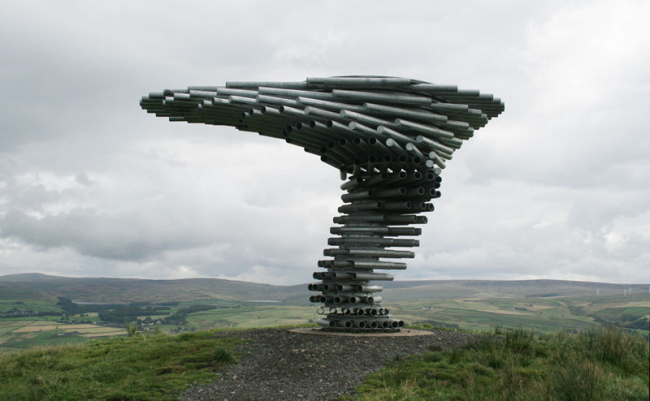 Panopticons is an arts and regeneration project of the East Lancashire Environmental Arts Network managed by Mid Pennine Arts. It involved the construction of series of 21st-century landmarks, or Panopticons (structures providing a comprehensive view), across East Lancashire, England, as symbols of the renaissance of the area.