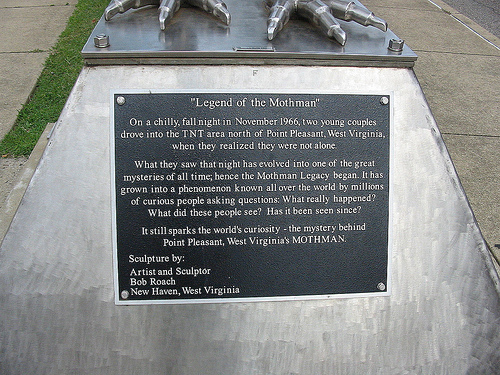 The Mothman is a creature reportedly seen in the Charleston and Point Pleasant areas of West Virginia from November 12, 1966, to December 1967. Most observers describe the Mothman as a winged man-sized creature with large reflective red eyes and large moth-like wings. The creature was sometimes reported as having no head, with its eyes set into its chest.
[wikipedia]