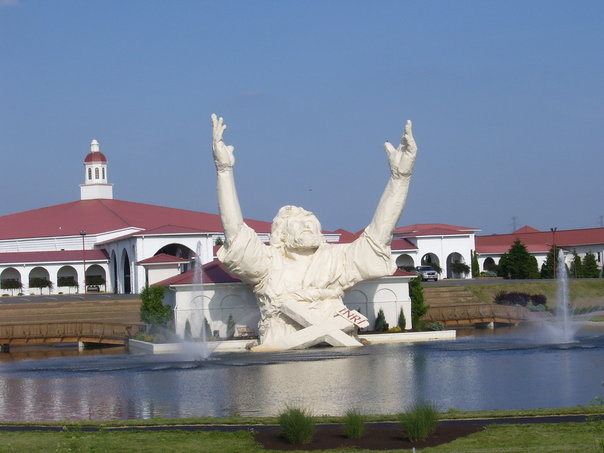 King of Kings is a 62-foot (19 m)-tall statue of Jesus on the east side of Interstate 75 near Monroe, Ohio, United States.

It depicts Jesus from the chest up with his arms and head raised to the sky.

The statue is located in front of Solid Rock Church, a 3000+ member megachurch in Monroe.

The statue was designed by Brad Coriel and was sculpted by James Lynch.