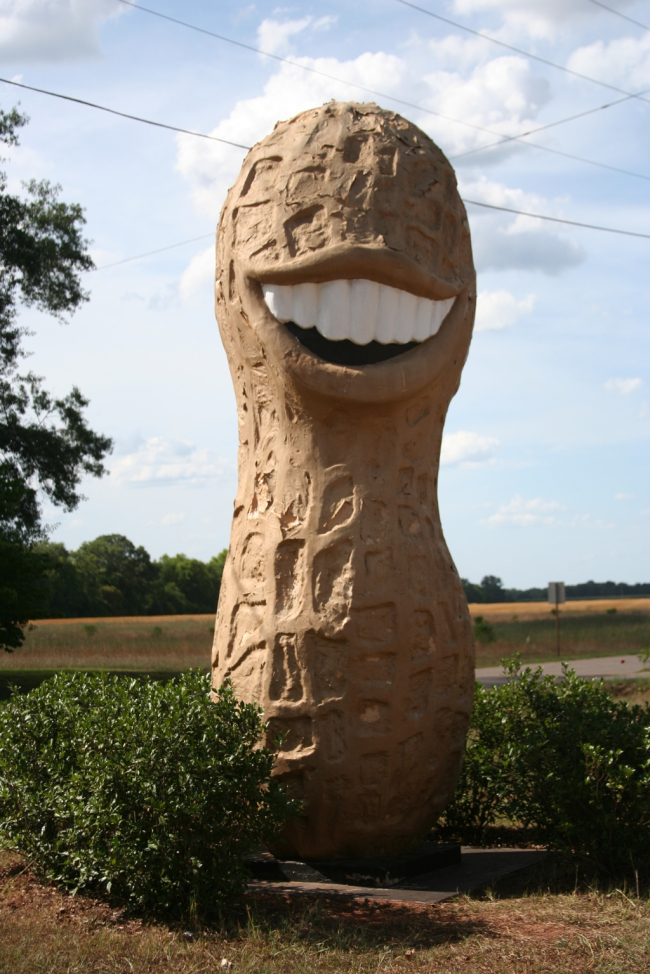 During the 1976 presidential campaign, members of the Indiana Democratic Party built the statue to honor Carter as he swung through the state. The 13-ft.-tall peanut crafted from plaster and mesh pays homage to the 39th President's early career as a peanut farmer and features a spot-on toothy grin. In 2000, a careless driver smashed into the statue, but it has been restored and now resides not far from Route 45 outside Carter's hometown of Plains, Ga.