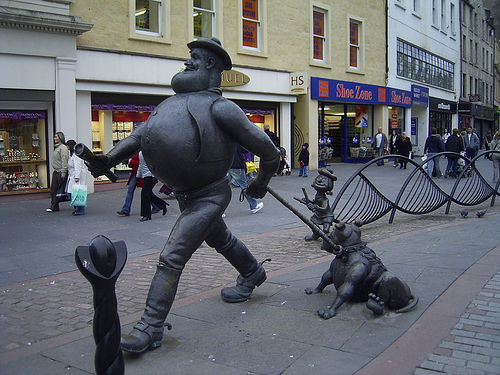 Desperate Dan is a wild west character in the British comic The Dandy. He first appeared in its first issue, dated 4 December 1937. He is apparently the world's strongest man, able to lift a cow with one hand. Even his beard is so tough he has to shave with a blowtorch.

A statue of him (and his dog Dawg) can be found in Dundee, Scotland.
[wikipedia]