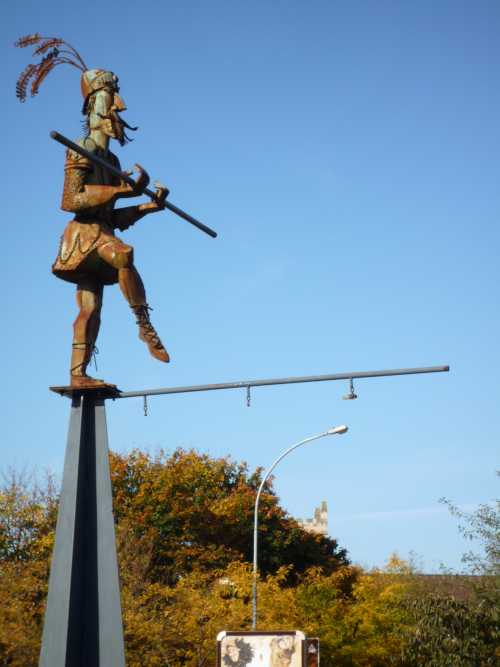 He especially owed his celebrity and fortune to his idea of crossing the gorge below Niagara Falls on a tightrope, 1100 feet (335 m) long, 160 feet (50 m) above the water. This he accomplished, first on 30 June 1859, a number of times, always with different theatric variations: blindfold, in a sack, trundling a wheelbarrow, on stilts, carrying a man (his manager, Harry Colcord) on his back, sitting down midway while he cooked and ate an omelette.

On 6 September 1873, Blondin crossed Edgbaston Reservoir in Birmingham. A statue built in 1992 on the nearby Ladywood Middleway marks his feat.
[wikipedia]