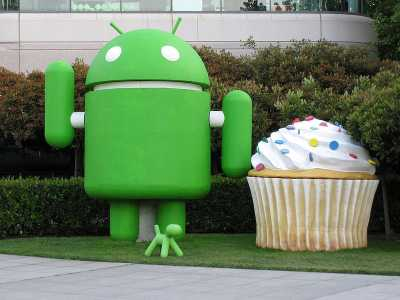 Android is a mobile operating system running on the Linux kernel. It was initially developed by Google and later the Open Handset Alliance.

For each new release of Android they placed a new monument in Google HQ.

A cupcake was placed to commemorate the 1.5 release of Android.