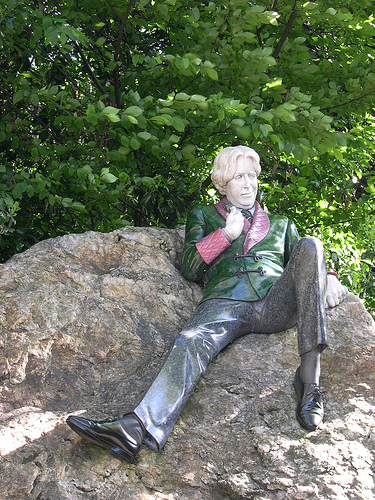 Oscar Wilde was an Irish playwright, poet and author of numerous short stories and one novel. Known for his biting wit, he became one of the most successful playwrights of the late Victorian era in London, and one of the greatest "celebrities" of his day.

There is a statue of Oscar Wilde in Dublin's Merrion Square (Archbishop Ryan Park).