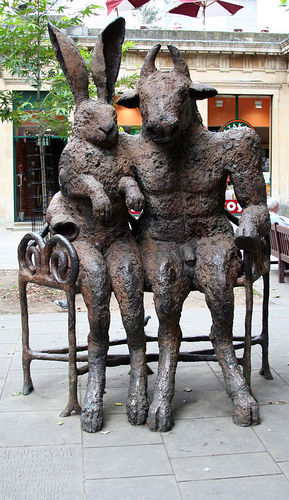 This bronze statue in The Prom has, in the past, been the cause of some controversy. It was originally installed in 1995 as part of a temporary art exhibition featuring the work of Sophie Ryder.

As the exhibition drew to a close it was decided that a piece of her work should remain in the town. The Minotaur and the Hare was acquired in 1998 by public subscription (cost £50,000), and it has stood in The Prom ever since.