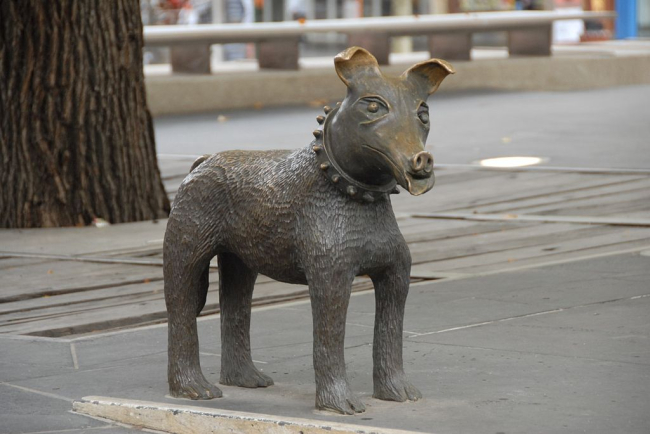 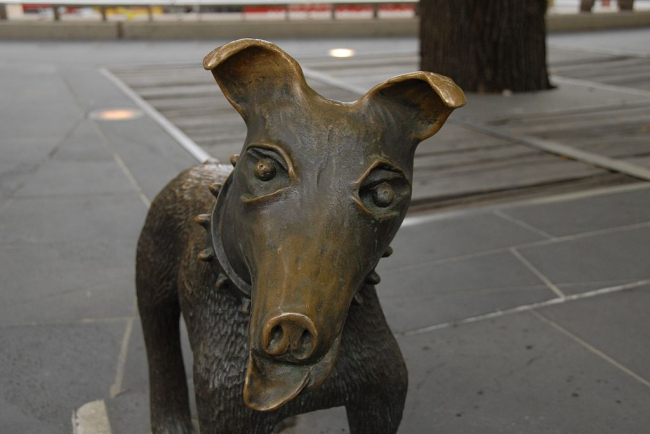 Larry La Trobe is the name given to a popular, cast bronze statue of a dog situated on the northern end of Melbourneâs City Square (corner of Collins Street and Swanston Street). Along with the Burke and Wills monument, the statue is one of only two free standing art works in the City Square precinct.

The statue now located in the square is the second statue of 'Larry', the original having been stolen.